WHAT EXACTLY IS A WIZARD? 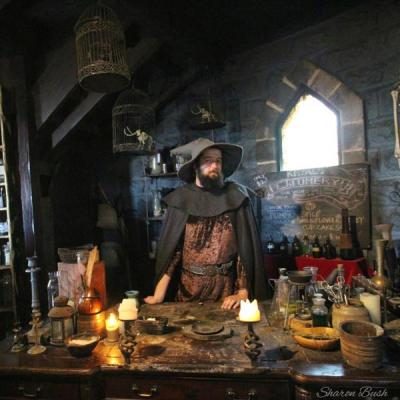 A warlock may be the male version of a witch, and a sorceress may be the female equivalent of a wizard, but the later has the greater empowerment and positivity! Yes it is true, the wizard gets the esteem and glory, yet the four have similar job descriptions. Think we will have to put that down to some male bias in the dark and middle ages!

Most of us know of Merlin, Gandalf, Saruman and a whole school of wizards in Harry Potter. I almost want to put those using the force in this category, wands and lightsabers are not that different! Though wizards can still have their dark sides, they are generally described as: magicians, philosophers, visionaries, sages, soothsayers, herbalists or wise men, and that is exactly where the word comes from. According to old English records the word wizard is derived from wise: this medieval phrase “Wise’ard”, (15th century) means a person whose opinions are worth listening to. So the wizard is a person to be respected for their great knowledge and advice. Maybe wizards were a sort of herbalist, like early doctors or Shaman, perhaps they sat on councils like Druids who wrote and maintained local laws?

The wizard is certainly well loved and respected, he may have a wand or staff, but his true power comes from within. There is certainly something hidden, mysterious and occult about the strength a wizard can summon and the knowledge they can access. A child can definitely dress up as a wizard without any resistance from parents thanks to the Harry Potter series, but a few parents with religious backgrounds will still steer their children away from witch costumes this Halloween. Totally understandable when you realise that laws in Victoria, (Australia) regarding witchcraft, Sorcery and fortune-telling where only repealed in 2005. I guess wizards weren’t bad enough to be cast in that 200 year old law! So continue to create your magical wizard’s potion and gather your glorious cape, it’s Halloween in just a few weeks!