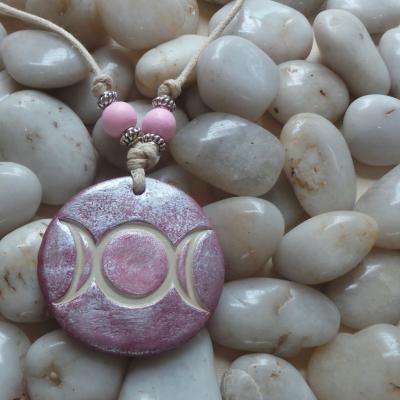 The word pagan carries strong and fearful content for those that fail to understand its meaning. This is a word that is used to describe spiritual or religious faiths that precede or are outside the realms of Jewish, Islamic or Christian beliefs (and other Abrahamic religions). If religions have a failing, its believing their religion is the one true faith and placing it above all others spiritual practices. From this place of supposed high standing other beliefs are seen as pretenders or lesser in ranking. At some point in antiquity the word pagan was bought in (use possibly 300AD) to describe any religion other than Christianity.

It was an Ancient Roman tradition to bring in cults from the many lands that they conquered or you could ask permission to bring your spiritual practices to the capital. The Roman State religion was by far the most important, but on occasion some of these cults were banned or forcefully removed for gaining too much popularity. One of these imported cults was Christianity, which after some threatening times went from just another pagan cult to being the new religion of the Roman Empire. After this massive shift every existing spiritual practice was banned or went underground – the old gods/goddesses had been replaced with one god.

Since many of the early Europeans beliefs had the wonders of nature at their centre, they were considered rural peasant beliefs as time went on. The Great Mother Goddess had been replaced in a changing world were women were to play a lesser public role. This is when great chunks of historical evidence about these spiritual practices were lost, though some have been rekindled in a modern form. The word pagan was used in a derogatory way and as the conversions to Christianity continued the Clergy looked for other ways to remove these nature religions. One of these was to tar these European religions as evil or belonging to the devil, creating even more suffering for those who clung to their beliefs. In the Middle Ages and up until 400 years ago it had become a hysterical campaign in which many innocent women and men died for little or no reason. Christianity had turned people against each other – very dark times for a religion that asked you to love thy neighbour.

So if you desire to understand the ancient beliefs of your heritage do so with an open heart. It is not uncommon for nature beliefs and main stream religions to co-exist in the soul. Pagan was just a word invented by men to manipulate and control the community centuries ago. The simple message of Jesus had been distorted for centuries! Modern pagans now use this word (pagan) as a badge of honour and so the meaning now has pride of place for many. Revering nature is one of the most important things we can do to keep the natural balance of our beautiful world. Find the beauty in your faith!