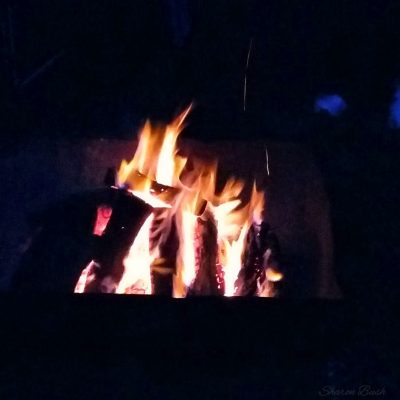 Halloween originated from the Celtic celebration of Samhain. Samhain (pronounced sah-win) was Christianised by the early church in order convert the populous of many Gaelic villages. Historically, it was widely observed throughout Ireland, Scottland, Wales, Cornwall, Brittany, the Isle of Man and those following the ancient traditions of Gaul. The Druidic traditions could not stand the pressures of the Christian conversions, though ancient pagan ways held fast in cultural traditions. During Samhain it is said the veil between worlds in thin, allowing communication with the ancestors or the beloved departed. Elves and fairies are also said to be visible on this night. Samhain is also Celtic New Year’s Eve – autumn ends and winter marks the start of the ancient calendar. The season of sun is going away, but will return in spring.

Ancestors are honoured and invited into homes and bad spirits are scared off with scary masks to avoid harm. Bonfires are a favour of this fire festival; while mulled wine and the harvest feasts are on offer for the living and the dead. Animal bones were thrown into the fires giving it its original name, bon-fire. The household fires were put out and relit with the bonfire. Scary stories are told, frightening masks are worn and extra chairs are put out for the departed. This isn’t a sombre festival, it’s a celebration, Samhain could be compared with the Mexican festival, Day of the Dead.

When Samhain was transported to the Christian faith it emerged as All Saints Day/All Hallows Eve, with All Souls Day on the 1st November. Halloween eventually became commercialized, like Christmas, but though the message has become a little lost, the focused and origins are slowly becoming recognised. If a little more emphasis was placed on the on family and ancestors, Halloween is not that far removed from Samhain. Unfortunately if you live in the Southern Hemisphere this harvest festival will not suit the spring season, Halloween/Samhain should be held on the 30th April in autumn, in Australia. But Halloween does sometimes supersede its seasonal date. It is actually the spring fertility festival Beltane on the 31st of October in Australia. So confusing isn’t it!

Anyway, whatever you are celebrating, have fun!